China to send first astronauts to its space station site 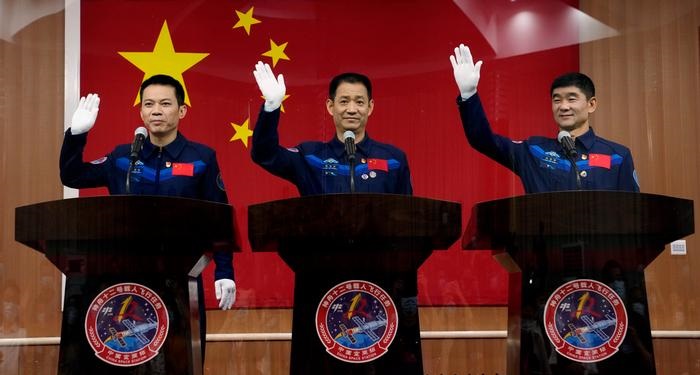 China is set to send a spacecraft carrying three astronauts to its new space station for the first time Thursday morning.

Chinese astronauts have not been to the International Space Station (ISS) — a collaboration between the US, Russia, Canada, Europe and Japan — as US legislation bars NASA from cooperating with China.

What did China say about its space mission?


The Chinese space agency announced Wednesday that the astronauts will be traveling in the Shenzhou 12 spaceship launched by a Long March-2F Y12 rocket set to blast off at 9:22 a.m. (0122 UTC).

"It is a positive contribution by China for human exploration of the universe, peaceful utilization of outer space and push forward the building of a community of shared future for mankind."

Shenzhou 12 is the third of 11 missions needed to build China's station, which is expected to be completed by 2022.

Who are the astronauts?


Chinese astronauts Nie Haisheng, Liu Boming and Tang Hongbo are due to launch from the Jiuquan spaceport in the Gobi Desert.

The trio will stay on the core module of the new station for three months, the longest for any Chinese astronauts. They will live on the orbiting Tianhe station, conducting maintenance work, tests and spacewalks.

"The [mission] is longer this time, and not only do we have to set up the core module — this 'home' in space — we've to carry out a series of pivotal technical tests," Nie told reporters in Jiuquan.

Nie, a decorated air force pilot in the People's Liberation Army, had participated in two spaceflight missions and was among the first batch of astronauts selected to be trained in 1998.

Liu's previous flight in 2011 included China's first spacewalk, while Tang is set to make his first flight since being selected among the second batch of astronauts in 2010.