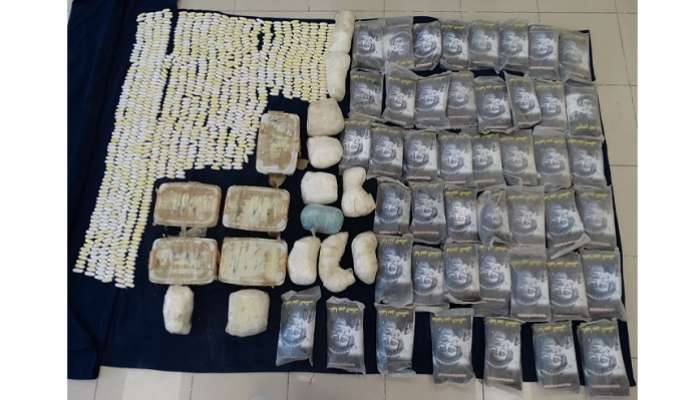 Muscat: The police arrest four suspects with more than 74 kg of drugs in the Sultanate of Oman.

The Royal Oman Police (ROP) said: "The monitoring and tracking operations carried out by the Anti-Narcotics and Psychotropic Substances Police against a drug dealer while coordinating with an international gang present in his country, resulted in the arrest of four accused, including the dealer, and three infiltrators of the same nationality who smuggled different types of narcotic substances to the Sultanate by sea with the aim of trafficking in it."

"The quantity of drugs seized in the case amounted to more than 47 kilograms of hashish, 18 kilograms of crystal and nine kilograms of morphine, in addition to a quantity of psychotropic tablets. Legal procedures are being completed against the accused," ROP added.