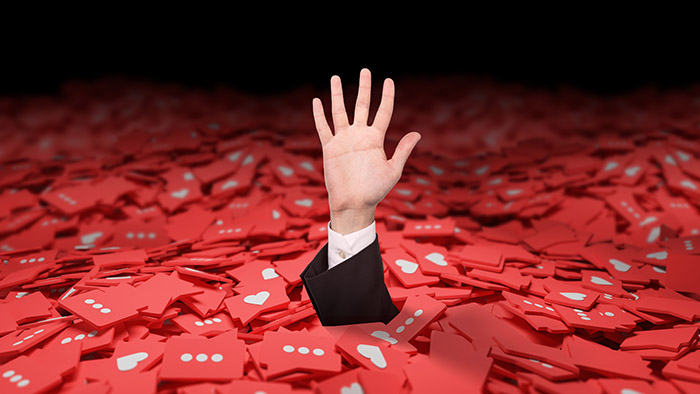 Social media addiction leaves very little room and space for physical activity, especially among college students.The results of a new study by a University of Buffalo researcher showed that social media use has been linked to biological and psychological indicators associated with poor physical health among college students.The study was published in the journal 'Cyberpsychology, Behavior, and Social Networking'.

Research participants who used social media excessively were found to have higher levels of C-reactive protein (CRP), a biological marker of chronic inflammation that predicts serious illnesses, such as diabetes, certain cancers and cardiovascular disease.

In addition to elevated CRP levels, results suggested that higher social media use was also related to somatic symptoms, like headaches, chest and back pains, and more frequent visits to doctors and health centers for the treatment of illness.

"Social media use has become an integral part of many young adults' daily lives," said David Lee, PhD, the paper's first author and assistant professor of communication in the UB College of Arts and Sciences. "It's critical that we understand how engagement across these platforms contributes to physical health."

For decades, researchers have devoted attention to how social media engagement related to users' mental health, but its effects on physical health have not been thoroughly investigated. Recent surveys indicated that social media usage is particularly high for people in their late teens and early 20s, a population that spent about six hours a day texting, online or using social media. And though a few studies have found links between social media usage and physical health, that research relied largely on self-reporting or the effects of usage with exclusively one platform.

"Our goal was to extend prior work by examining how social media use across several platforms is associated with physical health outcomes measured with biological, behavioral and self-report measures," said Lee, an expert on health outcomes related to social interactions.

Researchers recruited a diverse sample of 251 undergraduate students between the ages of 18 and 24 for the study. Blood samples were collected through finger sticks, and participants also completed questionnaires on physical health and social media usage on Facebook, Twitter, Snapchat, and Instagram, the most popular platforms at the time the data were collected in 2017.

Those responses were cross-checked with another survey that measured validity by determining the degree to which participants took their role in the study seriously.

"We were able to establish a correlation between the amount of social media use and these physical health indicators," said Lee. "The more participants used social media, the more somatic symptoms they experienced and visits to the doctor they reported. They also showed higher levels of chronic inflammation."

Lee said, this study was just the beginning of understanding the relationship between social media and physical health.

"By looking at a biological marker in the blood, we were able to find a relatively more objective association between social media usage and physical health, but this correlational finding can't rule out the possibility that poor health impacts social media usage," said Lee.

Lee said, the aphorism could hold true with social media use and physical health: The rich get richer while the poor get poorer. "In our previous research, we found those high in self-esteem benefited from using social media, but people low in self-esteem did not. So, the effect may be more nuanced."

"There's still work to be done," said Lee. "But right now, I wanted to get the word out there that social media use may have a link to important physical health outcomes." (ANI)