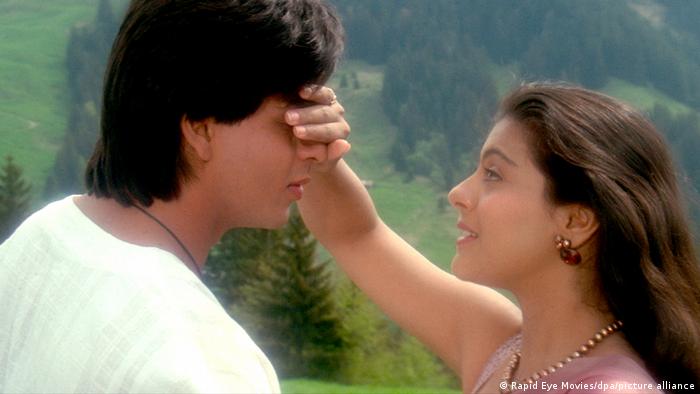 The Hindi film industry, based out of India's financial capital Mumbai and more popularly known as Bollywood, has been attempting to make a strong comeback after nearly two years of coronavirus-induced cinema closures.

But as multimillion-dollar projects make their way to the big screen once again, online campaigns calling for a "boycott" of Bollywood are dampening the comeback.

Some in the film industry call these campaigns part of a larger tool to subvert freedom of expression in the arts.

"It's a decoy to paint Bombay films in a certain light to leverage the medium for their own agenda. I think the industry is one of the last bastions of democracy. It has a pre-partition legacy and isn't necessarily a caste or class-based occupation," Suhasini Krishnan, a 28-year-old New Delhi-based media professional, told DW.

"It's also one of the most potent popular culture interests in South Asia, so naturally it's a desirable platform to use for propaganda. For a while now, there has been a concerted effort to break this system down by evoking middle class discourses like nepotism and nationalism," she noted.
Are boycotts the real reason?

The most recent victim of the so-called troll brigades was actor Aamir Khan's long-awaited adaptation of the 1994 US film "Forrest Gump" — "Laal Singh Chaddha."

The film took over a decade to produce — from purchasing the official rights for the movie to adapting the screenplay for an Indian audience — but went on to tank at the box office.

It has only made around 560 million rupees (€7 million, $7 million) in ticket sales — about a quarter of its budget — despite being released on August 11, on the eve of a festive long weekend.

Right-wing critics of Khan had called for a boycott of the film because of comments made by the actor in 2015 that they deemed to be unpatriotic.

While Khan and some other actors and film producers blame the boycott calls for the failure of their films, not everyone agrees.

"I don't think hashtags and social media campaigns are the primary reason some films are not doing well. The truth is the content just didn't work," said Sanaya Irani Zohrabi, a creative producer at RSVP Films, an Indian film production company.

"In our industry, all publicity is good publicity for films, at least to some extent," she told DW, explaining that good content would be able to pull viewers to the cinema, even if it is by word of mouth.

Data shows that most Bollywood films released this year have so far failed and ticket sales have fallen every month since March.

Of the 26 releases this year, 20 — or 77% — have been flops, defined as losing half or more of their investment, according to the Koimoi website, which tracks industry data.

That's about double the failure rate of 39% in 2019, before the onset of the COVID-19 pandemic.
Rise of streaming services and high cost of watching films

Even as theaters reopen, the film industry has not been successful in attracting filmgoers back to the cinema for a number of reasons.

Over the past couple of years, the rise of streaming services like Netflix, Disney+, Hotstar, Amazon Prime Video, and local variants like SonyLIV and Zee5, has meant that people have unlimited content at their disposal.

A quarter of India's 1.4 billion people now use such services, up from about 12% in 2019, according to market data firm Statista.

"It's just the more comfortable experience for the viewer," Zohrabi said, referring to the rise of the streaming services.

They're also relatively inexpensive, especially when compared to the high cost of going to the cinema, particularly in big cities, where a movie outing for a family of four now costs as much as 3,000 to 5,000 rupees.

That's in a country where the average annual income is about 160,000 rupees.

The monthly subscription fee for streaming services like Netflix, on the other hand, starts at about 150 rupees, and the platforms make a wide variety of content available to cater to all kinds of users.

After prolonged closures over the pandemic and the rise of streaming services, film industry experts say the decision to step out of homes is guided by the film that is currently running.

Audiences are not starved of good entertainment, so if the film does not warrant the movie theater experience, they are less willing to show up for a theatrical release.