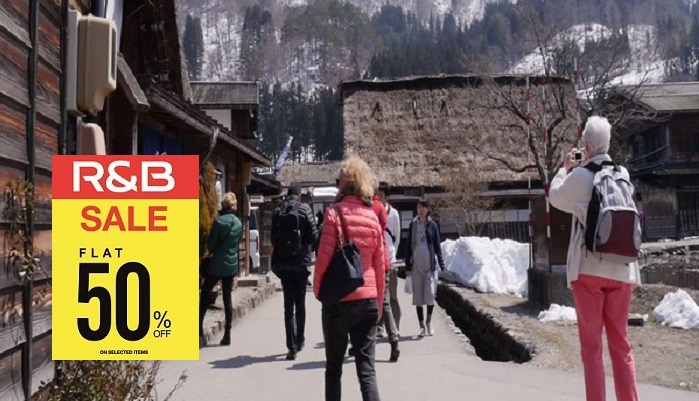 For the first time in about two and a half years, Japan sets out border rules which are close to pre-pandemic norms, reported Nikkei Asia. "We will remove the cap on the number of people entering the country, and will resume accepting individual travel and visa-free travel," Kishida said. In an effort to control the spread of COVID-19, Japan currently only allows package tours, and requires visas for all visitors along with a cap of 50,000 on daily arrivals.

However, because of these curbs Japan's economy is unable to be fully reopened to tourists. Now, starting October 11, short-term visitors will no longer be required to apply for tourist visas.

Earlier, before the pandemic, Japan allowed visa-free short-term travel from people from 68 countries and regions, such as Singapore, Malaysia, Thailand, Hong Kong and the US and with no need to book tours through travel agencies, reported Nikkei Asia.
With the economy opening up, the Japanese government hopes to boost inbound tourism, taking advantage of the weak yen.

This move also comes as the currency is hovering around 24-year lows, touching 145 per dollar at one point, which makes Japan a more attractive destination for international travellers, as per the media portal.

Before COVID-19, Japan accepted a record 31.8 million visitors in 2019, making it one of the most popular destinations in Asia.