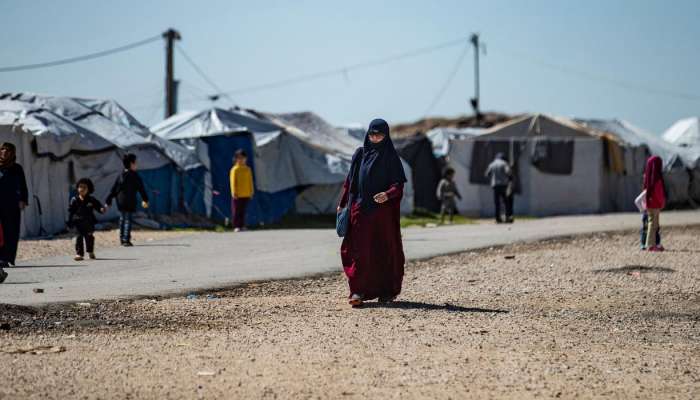 Paris: France announced on Tuesday taking home 15 women and 32 children who were held in a militant detention camp in northwestern Syria, as Western countries continue to face humanitarian pressure to repatriate their nationals from extremists prisons.

The French foreign ministry said in a statement that the repatriated adults were handed over to the "competent judicial authorities," whereas the minors were delivered to child assistance services and will undergo medical and social monitoring.

A statement by the French Ministry of Justice and anti-terrorism department added that there were arrest warrants for seven of the repatriated woman, while eight had been placed in custody. The women are aged 19 to 59.

What we know about the repatriations
The 47 repatriated nationals were all brought from the Roj prison camp in northeastern Syria, located some 15 kilometres (9 miles) away from Syria's borders with Turkey and Iraq. The camp holds tens of thousands of foreigners with suspected links to the so-called Islamic State.

For nearly a decade, jihadists from across the world, including Europe and other Western countries, flocked to northern Syria and Iraq to join the militant group, which captured swathes of land within the two countries from 2014 until its fall in 2019.

Humanitarian organisations have been pressing the countries of origin for years to repatriate their nationals, to alleviate the pressure on local authorities. The conditions within the camps have been described as dire, mostly due to overcrowding and a lack of resources.

France has been particularly reluctant, with the government arguing that the return of potentially radicalised individuals poses security risks in a country which has seen many terrorist attacks in recent years.

This is the third large-scale repatriation by the French government. Last October, 15 women and 40 children were repatriated, preceded by 16 women and 35 children last July.

Tuesday's repatriation follows a statement by the UN Committee against Torture, which said France was violating UN conventions against torture for failing to repatriate its nationals from prison camps in Syria.