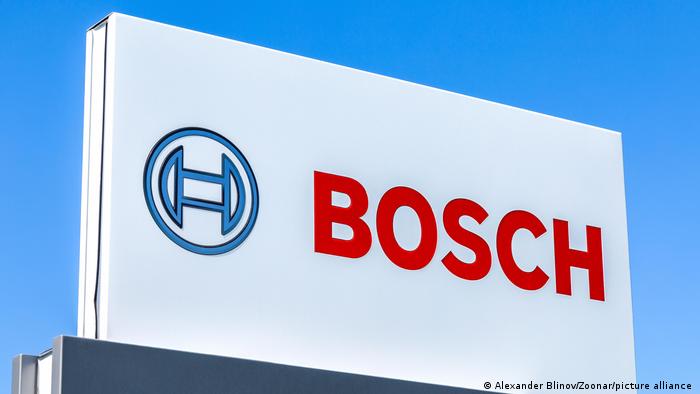 An investigation has been launched into whether the German engineering and technology giant Bosch broke sanctions imposed by the European Union against Russia, Der Spiegel reported Friday.

The probe follows a claim by a Ukrainian minister that Bosch parts have turned up in Russian military vehicles used in the invasion of Ukraine.

At issue is the export of so-called dual-use products, which can be used for military and civilian purposes, which were restricted by the EU after Russia annexed the Ukrainian region of Crimea in 2014.

Why is Bosch under investigation?


Ukrainian Foreign Minister Dmytro Kuleba claimed in a German media interview on Sunday that Russian infantry vehicles seized by Ukrainian forces were found to contain parts from the German manufacturer.

"We looked inside one of these vehicles and saw that one of the main components that powers the vehicle was actually supplied by Bosch," Kuleba told German public broadcaster ARD.

He claimed that Bosch has "for years supplied the components necessary for the Russian military machine so that these vehicles can invade Ukraine and destroy our cities."

What will happen next?


Der Spiegel said the government immediately passes on any indications of sanctions violations to the relevant investigating and prosecuting authorities.

The magazine cited sources within the government as saying that this has already been done.

The Stuttgart public prosecutor's office and the Customs Criminal Investigation Office in Cologne are now responsible, it said.

What has Bosch said about the parts?


Bosch said that it has begun its own investigation into the allegations, and told Der Spiegel that the parts are "ordinary control units for commercial vehicles."

The Stuttgart-headquartered company said it typically delivered these directly to the vehicle manufacturers.

"When it comes to orders for spare parts for dealers and workshops, Bosch no longer accepts new orders from Russia and Russian automakers, and has also stopped deliveries of existing orders in Russia," a spokesperson for the engineering giant said.

Why are dual-use goods so controversial?


The export of dual-use goods is difficult to monitor because they are often ordered by intermediaries who claim they are required for civilian use. The goods — parts, software and technology — are later diverted for military purposes.

Russia's backing of separatists in eastern Ukraine in 2014 and the annexation of Crimea sparked EU sanctions that included tighter controls for dual-use products.

Multi-use goods have also been singled out by Brussels in the latest sanctions imposed in response to Russia's invasion of Ukraine.

Way before the Kremlin's latest military assault, reports emerged that German-made engines and global positioning systems (GPS) were found in Russian drones used in eastern Ukraine and to spy on its other neighbors.

Last month, the Welt am Sonntag newspaper reported that the German government was still issuing export licenses for dual-use goods to Russia as late as 2020.

His Majesty sends condolences to Egypt