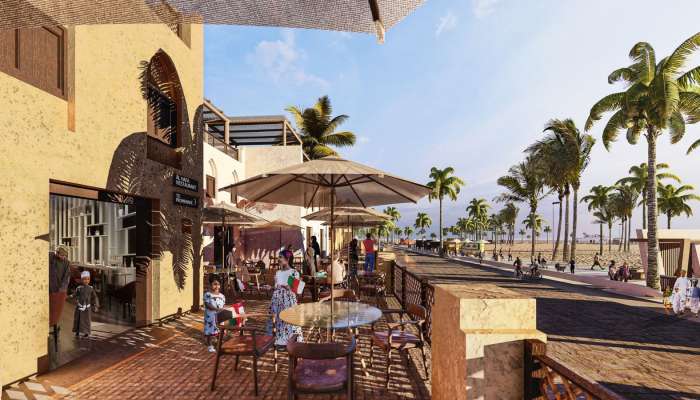 Muscat : Asaas Company has  issued a clarification on the project to establish and develop the popular souq in the Haffa area in the Wilayat of Salalah, Dhofar Governorate.

The company said that the work carried out comes within the usufruct agreement that the company signed with the government, which stipulates “the establishment and development of a popular souq in the Haffa area in the Wilayat of Salalah.”

"In accordance with the terms of the development agreement, the company has developed a vision for the project that was agreed upon with the relevant authorities, including the establishment of a heritage market  inspired by the architectural style of the old neighborhood and the market area, with the aim of highlighting the historical role of this commercial area, in line with one of the priorities of Oman  Vision 2040 in preserving the identity, heritage and culture."

"The architectural character of the old neighbourhood was employed to design the market, with its beautiful architectural details, to give the visitor and shopper an experience that mimics the style of the old market with modern additions in terms of spaces and technical requirements of some modern brands to be a tributary to the tourism sector in the region.  As well as the market walkway, which provides the visitor with a unique experience with its beautiful elements such as landscaping, lighting, and external and upper seating on the balconies overlooking the walkway."

"The company is working at an accelerated pace to open a trial part of the project, which includes the walkway and some shops in the waterfront during the month of August to add a wonderful experience to the visitors of the area and visitors to the Governorate of Dhofar during the tourist season. It is expected that the project will be completed during the first quarter of 2023, according to the planned schedule."