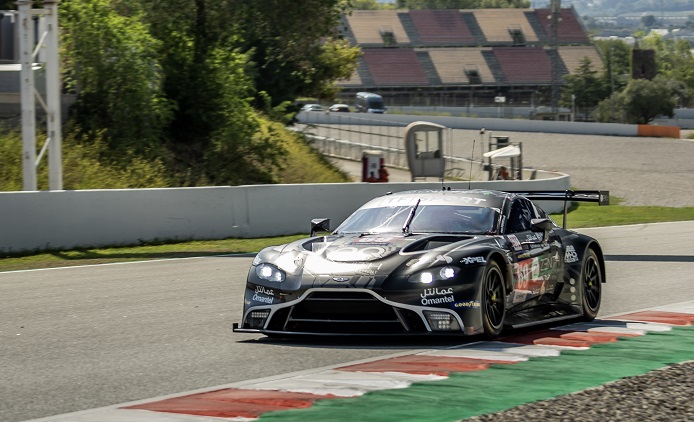 Brussels: Ahmad Al Harthy returns to the scene of the biggest race victory of his glittering motor racing career this coming weekend, 24th/25th September, when the European Le Mans Series arrives at Belgium’s Spa-Francorchamps for the penultimate round of the 2022 season.

The Omani sportsman, who is part way through his maiden campaign in the prestigious ELMS, is determined to climb back up the LMGTE championship standings after a frustrating outing at the Circuit de Barcelona-Catalunya last time out with Oman Racing.

Having qualified the No.69 Aston Martin Vantage GTE on pole position for the fourth round of the season, contact in hour two of the four-hour encounter led to damage and an unscheduled pit-stop which wrecked the squad’s podium challenge. Instead, they had to settle for 10th position.

Al Harthy, who is partnered by British driver Sam De Haan and Danish ace Marco Sorensen, is hungrier than ever to return to winning ways as the ELMS season heads into its latter stages. The trio, of course, secured a faultless first LMGTE class victory at Italian track Imola in May.

Spa-Francorchamps has long been a favourite track for Al Harthy, equally it is a track which holds incredible memories for the multiple champion racer – the biggest being his and Oman Racing’s win in the Pro-Am class at the Total 24 Hours of Spa back in 2019.

The remarkable victory, which came following an enforced pitlane start, was the springboard from which Al Harthy claimed his second Pro-Am title in the then Blancpain Endurance Cup, now known as the Fanatec GT World Challenge Europe Powered by AWS Endurance Cup.

Two years prior, Al Harthy and Oman Racing sealed their first Pro-Am crown in Blancpain with a second place finish during the Spa round. More recently, in 2020, Al Harthy won at Spa on his debut in the International GT Open.

“We have many good memories from racing at Spa, the highlight being the win in the 24 hour race back in 2019”, said the Omani, who is supported by the Oman Ministry of Culture, Sports and Youth, Sohar International Bank, OQ, Omantel and MHD-ITICS, “It’s an incredible track and one where we have always gone well, so I’m hopeful we can continue that this weekend in European Le Mans.

“Barcelona was disappointing in the end, we definitely had the capability of finishing on the podium, so now we’re all more determined than ever to hit back. The contact we had in the previous round was damaging to our championship, so the focus now is on trying to win the LMGTE class this Sunday and then see where we are going into the final round in Portugal in October.”

Free practice at Spa-Francorchamps will take place on Friday, 23rd September, ahead of a standalone session for Bronze graded drivers such as Al Harthy, before a second practice run on Saturday, 24th September, which will precede qualifying – the latter starting at 14.25 local time.

On Sunday, 25th September, round five of the European Le Mans Series will begin at 11.30 local time with live streaming and live timing available HERE