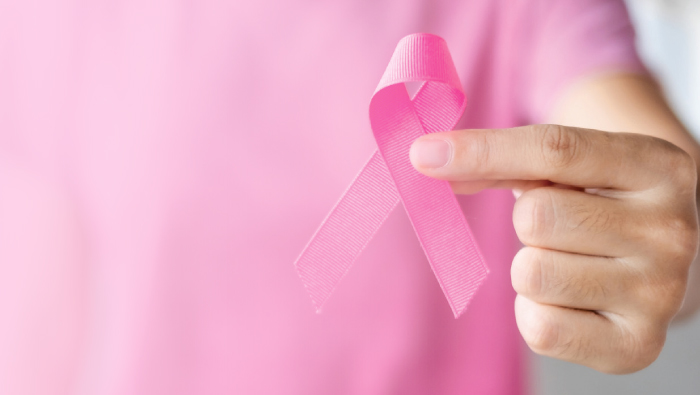 Muscat: With 350 breast cancer cases reported in the Sultanate of Oman, this disease continues to top the list among all cancers affecting people in the country, according to the cover story of the latest issue of Scientific Insights, published by the Ministry of Higher Education, Research and Innovation.

Breast cancer is followed by thyroid and colorectal cancers in Oman.

Statistics published by the Ministry of Health in 2019 indicated that the total cancer cases among new and registered Omanis reached 2,089 and 200 cases were reported among residents.

According to the World Health Organization, an estimated 20 million people were diagnosed with cancer in 2021, which caused nearly 10 million deaths.

The cover story of the latest issue of Scientific Insights, published by the Ministry of Higher Education, Research and Innovation, explored the role of research in combating cancer, including discussing the current reality of treatments, the contribution of food to limiting the spread of cancer, reasons for the spread of cancer, and more.

Cancer is not a single disease


Dr. Zahid bin Abdullah Al Mandhari, Head of Radiation Oncology Department at Sultan Qaboos Comprehensive Cancer Care and Research Centre, maintained that “cancer is not a single disease as some would expect, but rather a large number of diseases characterized by the presence of abnormal cells that divide in an uncontrollable manner and have the ability to infiltrate, spread and destroy normal body tissues.”

He added that although cancer is the second leading cause of death in the world, cure rates and control are improving significantly in recent years for many types of cancer due to the improvements in methods of early detection of cancer as well as methods of treatment and prevention, and all of these improvements have occurred due to scientific research.

With regard to the discovery of a new immunotherapy for cancer, Dr. Muna Al Habsi, researcher in the immunity and ageing fields and a member of Dr. Tasuku Honjo’s research team who won the Nobel Prize in Medicine in 2018, stated that cancer is a medical term that includes a variety of diseases in which defective cells have evaded the immune system and have divided uncontrollably to create a mass of cells

The cells are usually unable to perform their functions adequately and thus disrupt and prevent the organ from carrying out its role in the body. She mentioned that cancer, like many diseases, poses a challenge to humanity, and the only way to eradicate it in all its forms is through research and experimentation within a scientific and ethical approach.

Dr. Taha bin Mohsin Al Lawati, Senior Consultant Surgical Oncology and Breast Oncoplastic Surgeon at the Royal Hospital, said that cancer has been scientifically proven to be a cellular change and abnormal growth that invades the surrounding tissues, which leads to the loss of functions of the body’s organs, general weakness and sometimes death.

Dr. Zahid Al Mandhari said: “The number of new cases reported annually is about 2,000, and this number is increasing due to the increase in the average age, as the possibility of cancer has a direct relationship with the age of the person, but there are other reasons that may play a role in this noticeable increase, such as a change in lifestyle like the lack of exercise, fast food, smoking and other causes.”

Dr. Taha Al Lawati stated that the latest statistics published by the Ministry of Health in 2019 indicated that the total cancer cases among new and registered Omanis reached 2089 cases and 200 cases among residents.