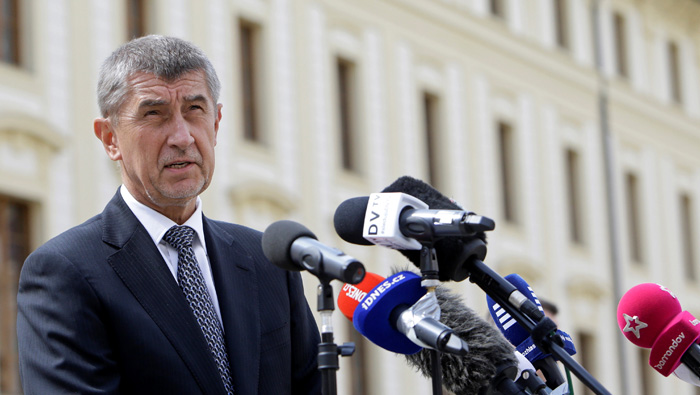 Prague: Czech Prime Minister Andrej Babis said on Saturday that early elections could be a last resort if he fails to win support for a new government after his minority cabinet lost a confidence vote last month.
The billionaire businessman's anti-establishment ANO party won a parliamentary election last October but lacks a majority.
With a booming economy and rising wages, ANO appealed to voters with its pledge to fight corruption, streamline government, fix outdated roads and cut taxes.
Babis faces allegations that he fraudulently claimed European Union subsidies worth 2 million euros a decade ago and other parties decline to work with him.
He denies wrongdoing and ANO refuses to nominate another candidate for prime minister.
"If we don't reach agreement (with other parties) then maybe the only solution will be early elections," he said in an interview with daily Pravo, adding it was "a last resort" he did not want.
His ally President Milos Zeman also opposes the idea.
Babis said he would seek support by the end of this month and then ask parliament for a confidence vote.
He views single-party government as the best option and said he would continue talks on gaining support from the far-left Communist party and far-right, anti-EU SPD party.
His Foreign Minister Martin Stropnicky, said in an interview with Mlada Fronta Dnes, that he and other ANO members would have a problem relying on support from the SPD.
Babis would also wait for the Social Democrat party to elect new leadership at a February 18 congress before holding more talks with his former ruling partners.
ANO has 78 lawmakers in the 200-seat lower chamber of parliament.
Babis's minority cabinet remains in power until a new administration is formed.
Zeman has tasked Babis with forming a new government and promised to give him plenty of time after his own re-election last weekend, in a victory speech where the leaders of the Social Democrats and SPD stood behind him.
Under the constitution, Zeman could dissolve parliament if three confidence votes fail, giving him a strong hand in talks.
Given ANO's popularity, other parties oppose new elections.
Zeman, a prominent figure in Czech politics, has been criticised for his warmth towards the far-right and ties to Russia.
He has called for an end to EU sanctions against Moscow.